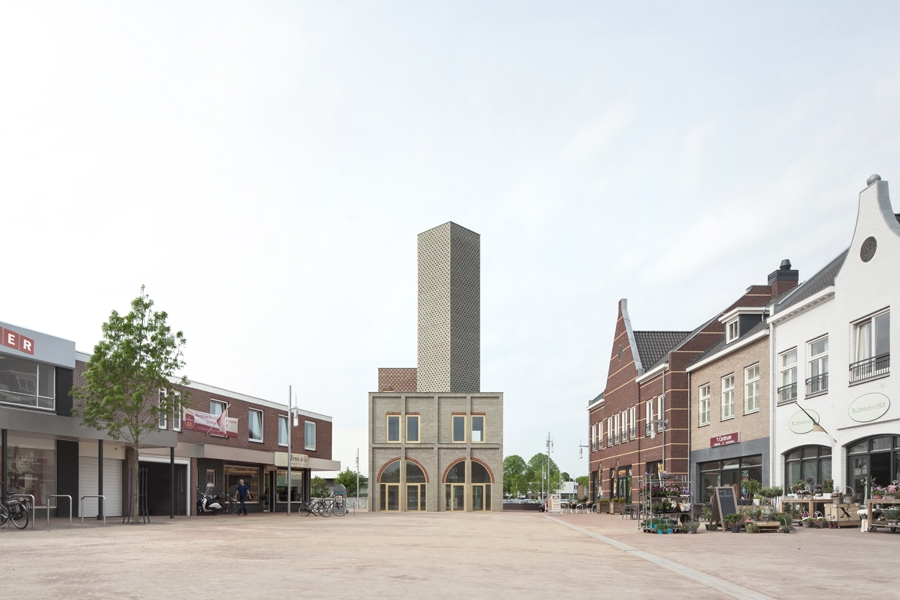 In a landscape where every small village is recognizable from a great distance by the silhouette of its church tower, the young village of Nieuw Bergen lacked such an orientation point. This need was recently met with the realization of a distinctive tower as part of the renovation plan for the village centre. This ‘Landmark’ forms the axis of the plan and indicates the new market square as a clearly recognizable centre. The publically accessible tower offers panoramic views across the surrounding nature reserves. The building is a combination of a tall, abstract tower and a low base, the scale of which dovetails with the intimate character of the immediate surroundings. This base will accommodate a cafe-restaurant, an accessible function, consistent with the idea of a central location in the municipality. The building is finished in a characteristic combination of green and red brick. The brickwork in the tower has an open structure to allow light to shine through in the evenings, thus fulfilling the tower’s function as a beacon. 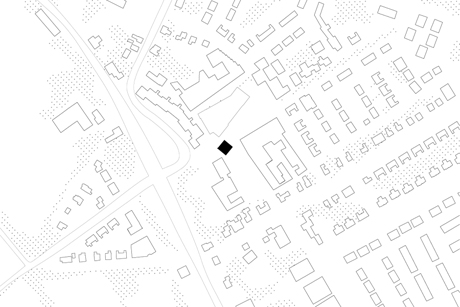 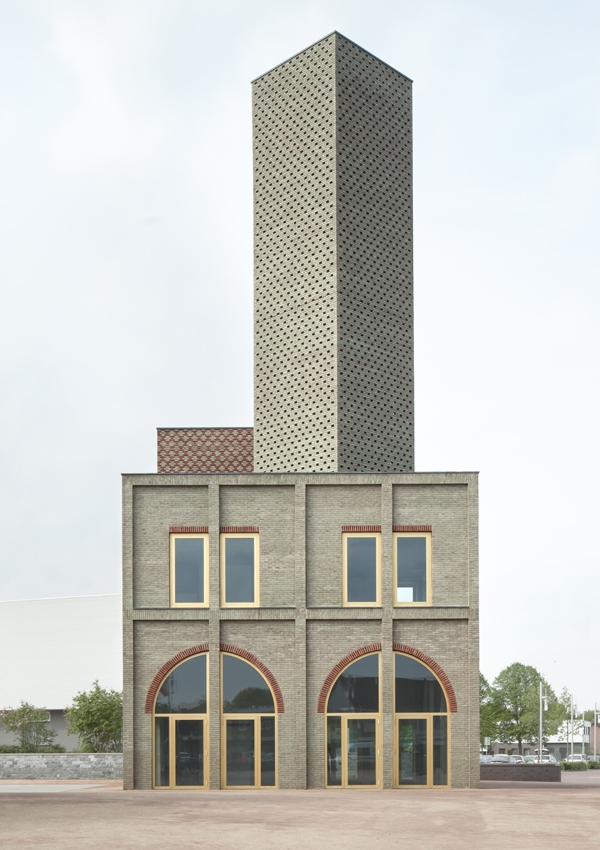 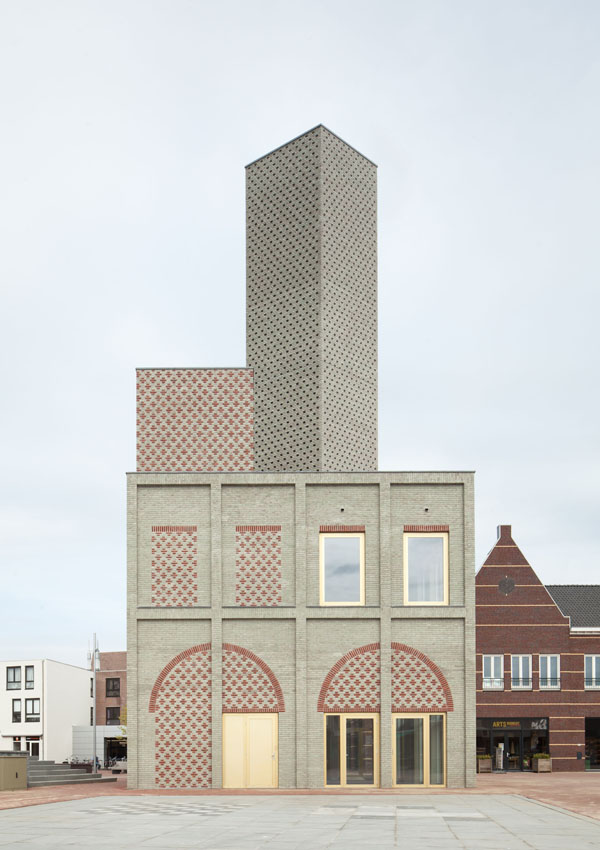 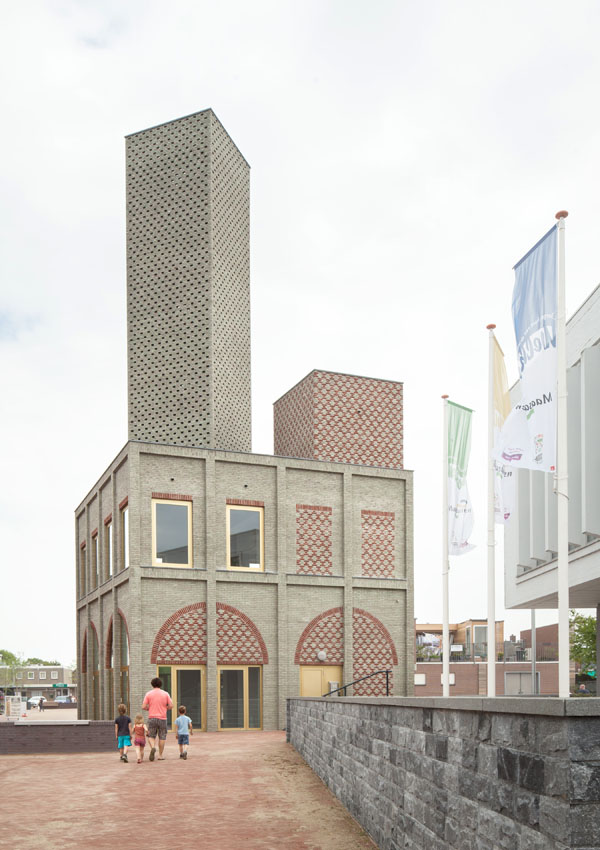 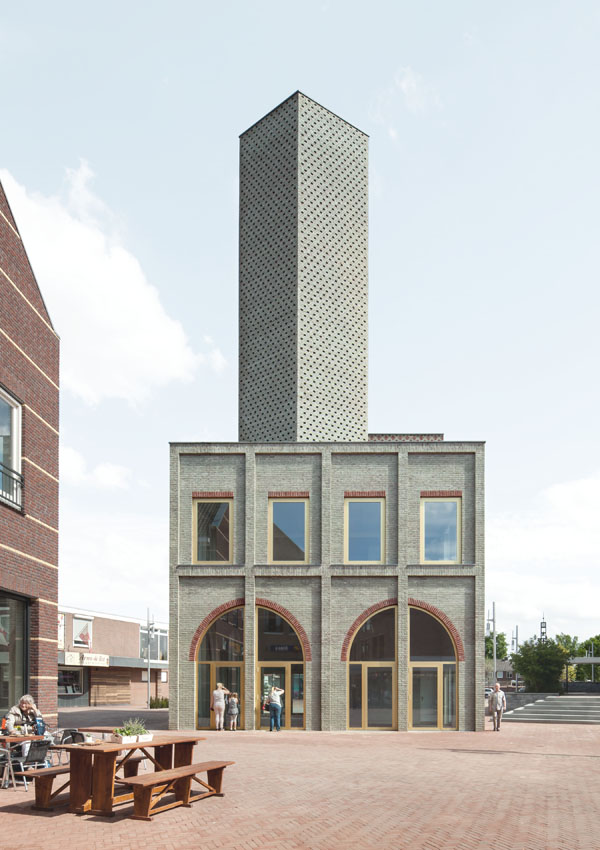 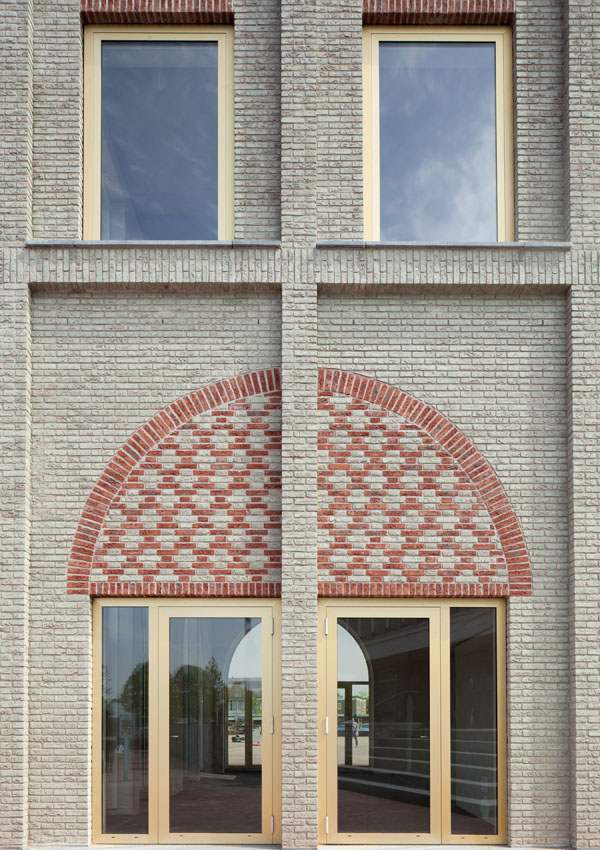 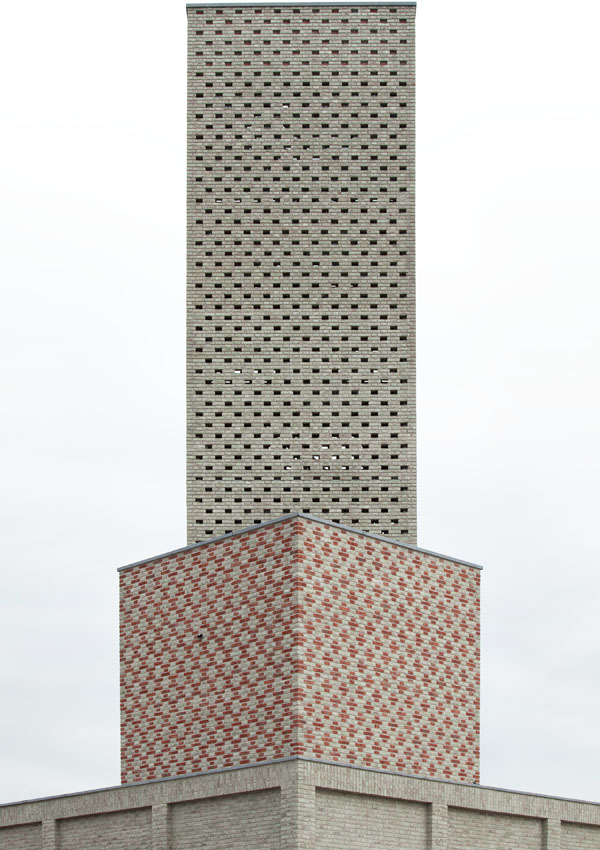 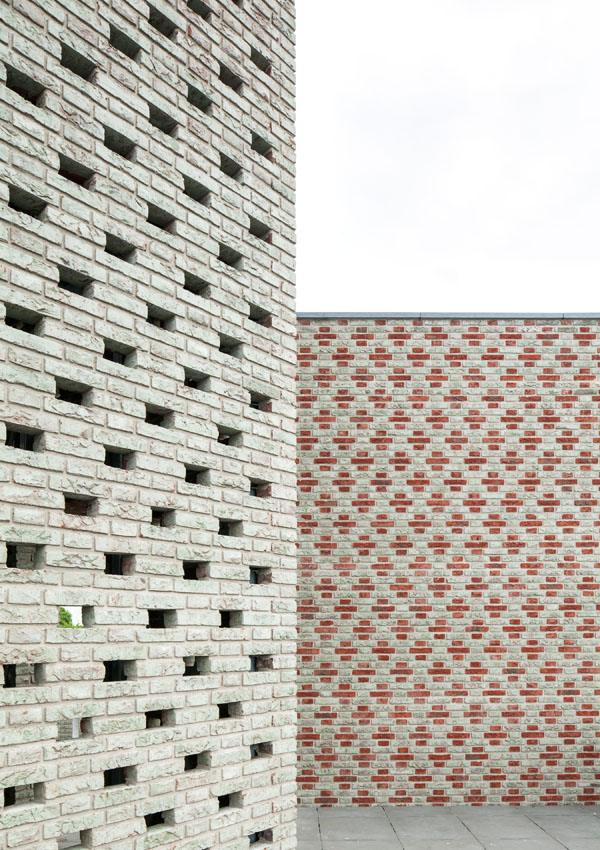 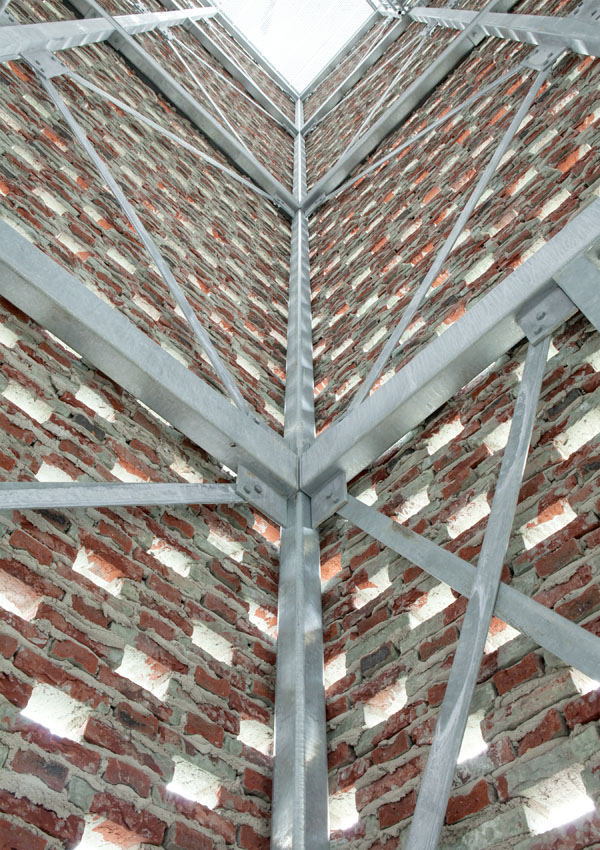 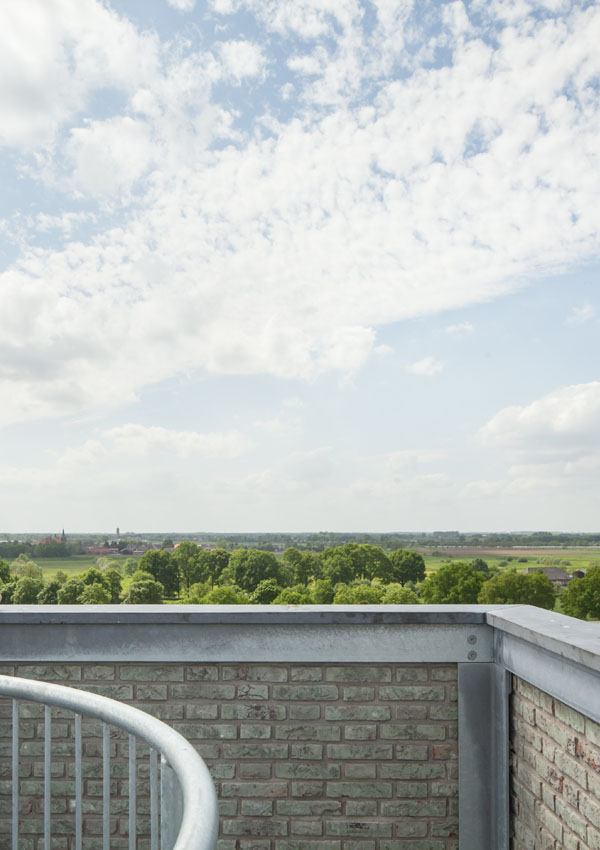 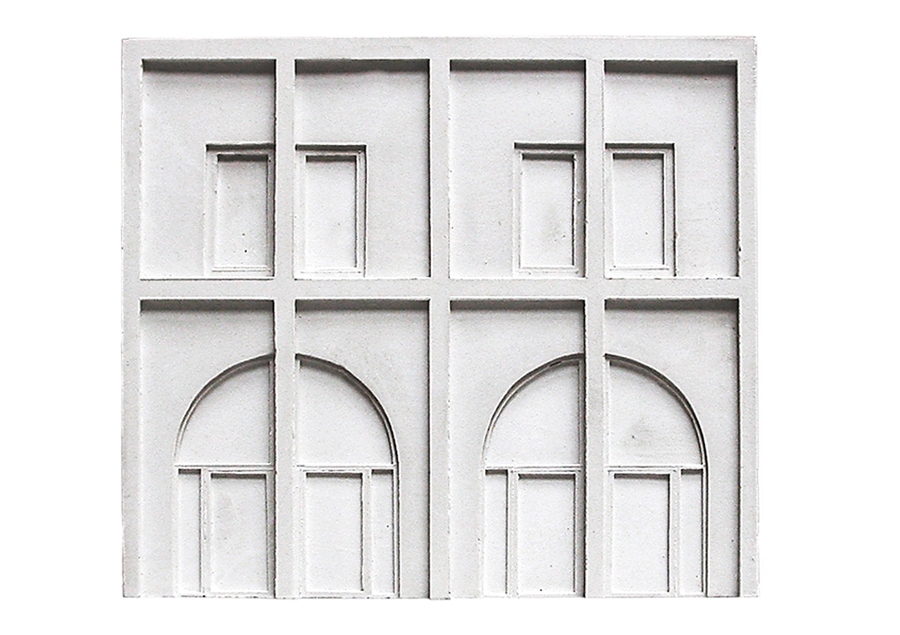 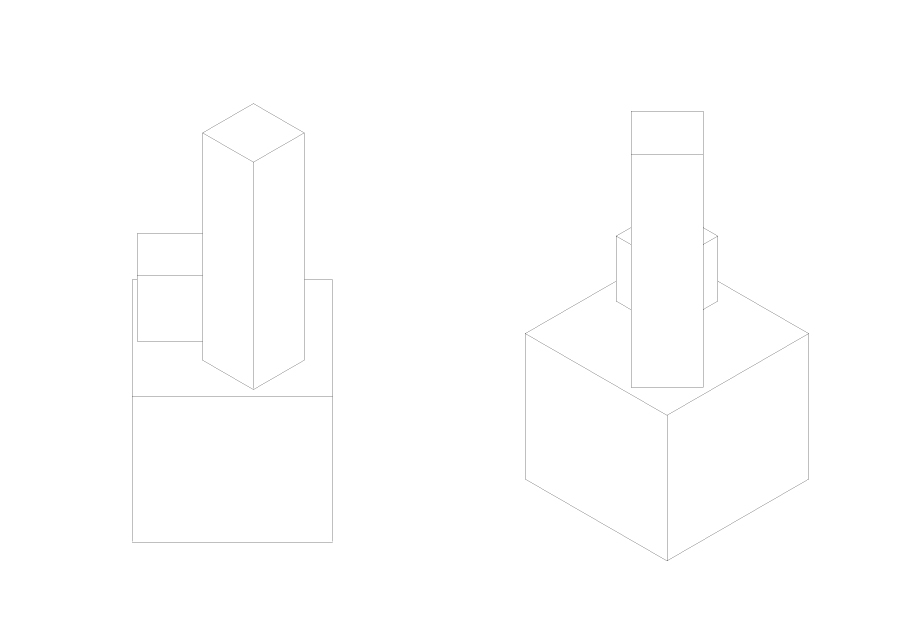 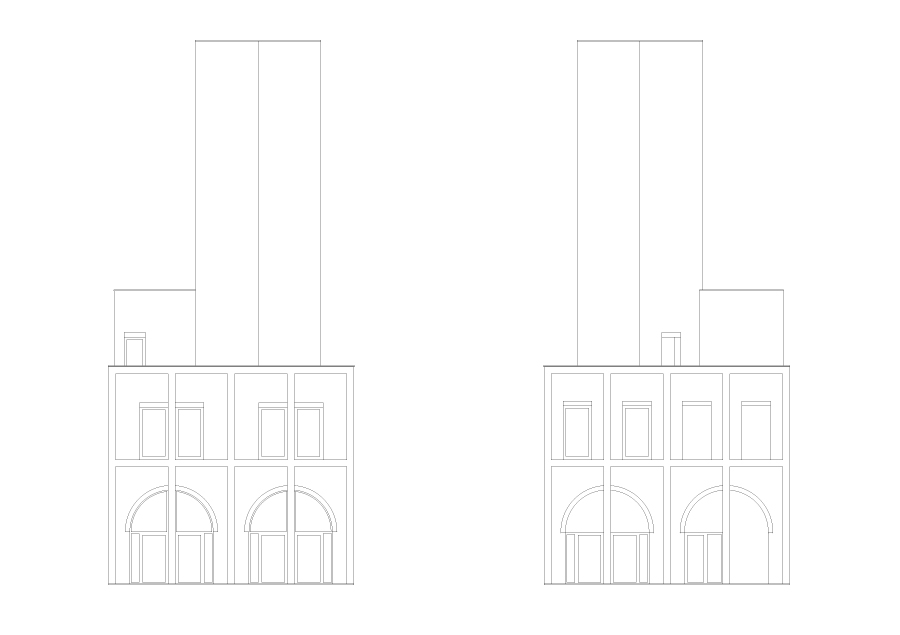 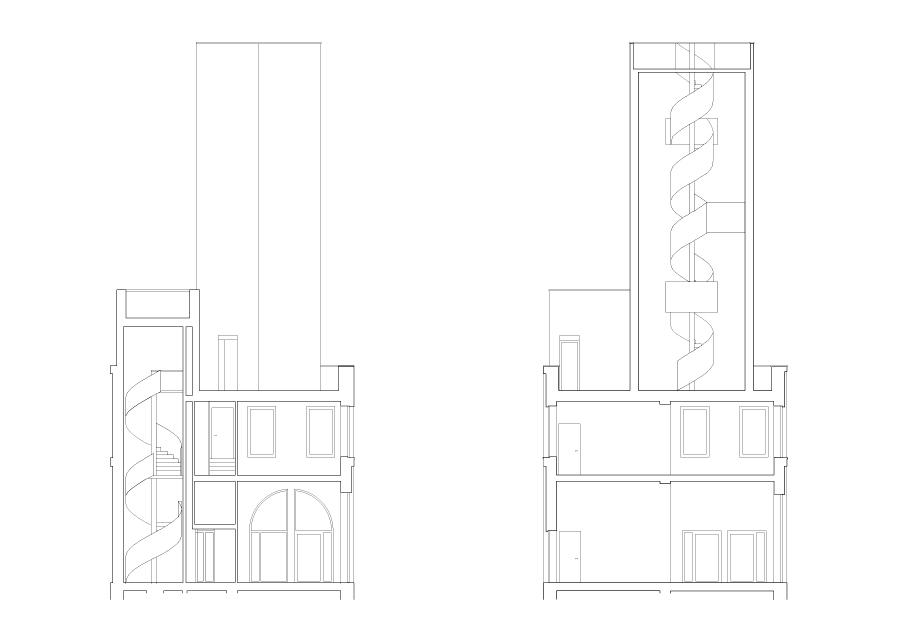 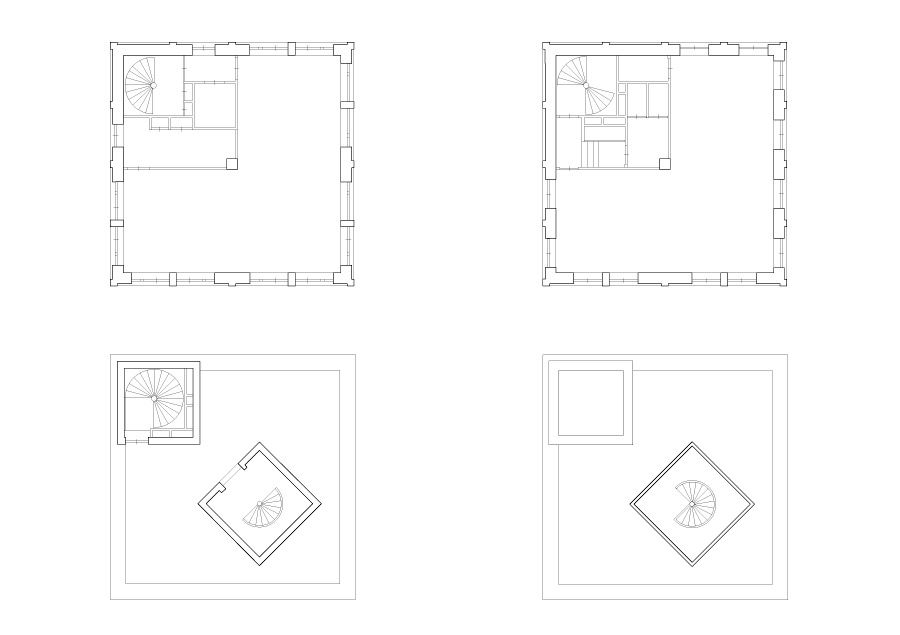