During the second edition of the Chicago Architecture Biennial, Monadnock presents an installation in the monumental stairwell of the Cultural Center. The work consists of a billboard with the text ‘Make Big Plans’ and a slender tower with the more subtle variation ‘Make No Little Plans’. Two quotes attributed to the renowned American architect and urban planner Daniel Burnham (1846-1912). The installation is based on the ambivalent nature of billboards that parasitize buildings. They are often completely at odds with the language of the existing architecture due to their contrasting appearance. They are colourful, banal and temporary and radically affect the appearance of their host building with a spontaneous and disconcerting force. Billboards are grand, direct and blunt. Their construction tries to be invisible while being inextricably linked to the image. The combination of the two-dimensional text and the slender, three-dimensional construction, between flat and spatial, makes them intriguing, ephemeral objects. Their short-lived character constitutes a critique of the permanence of buildings and disrupts monumentality. 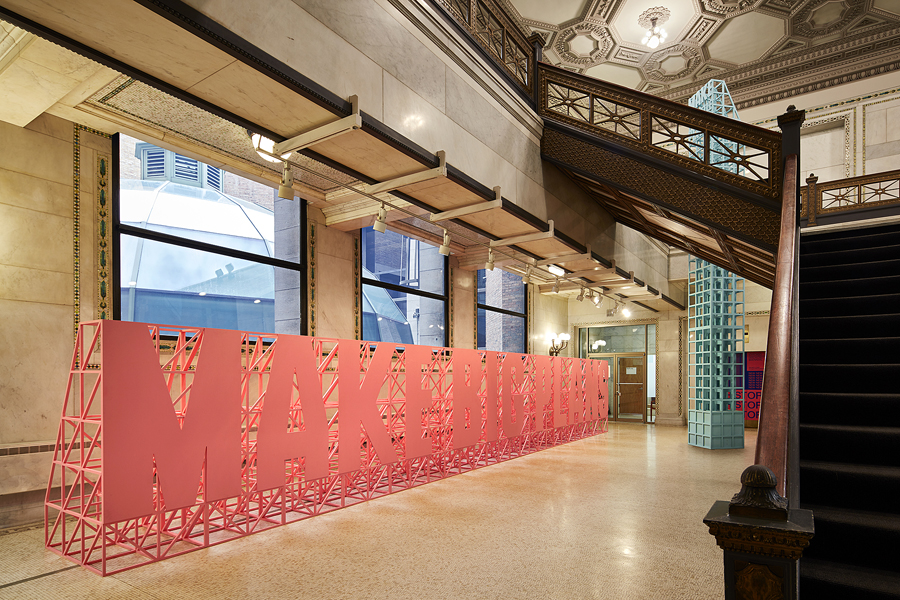 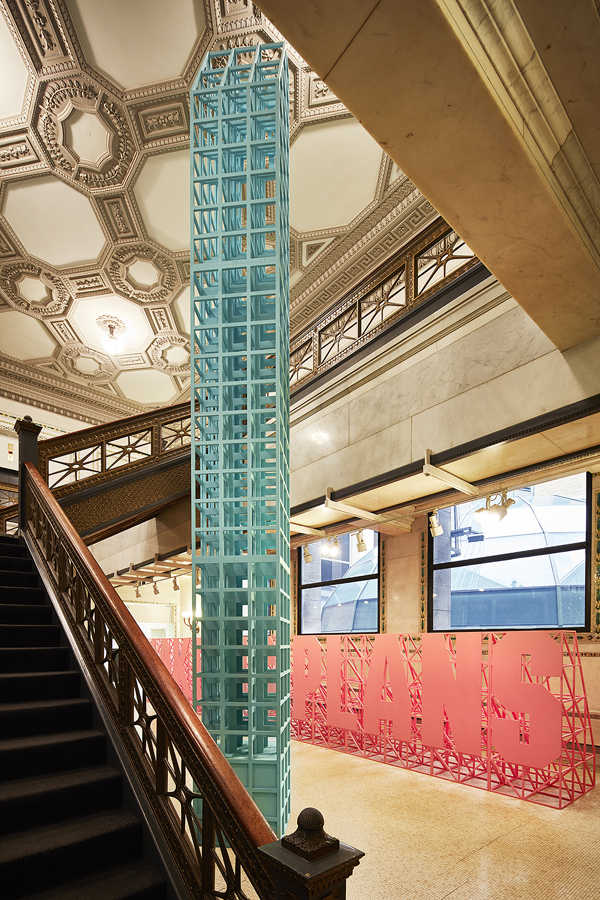 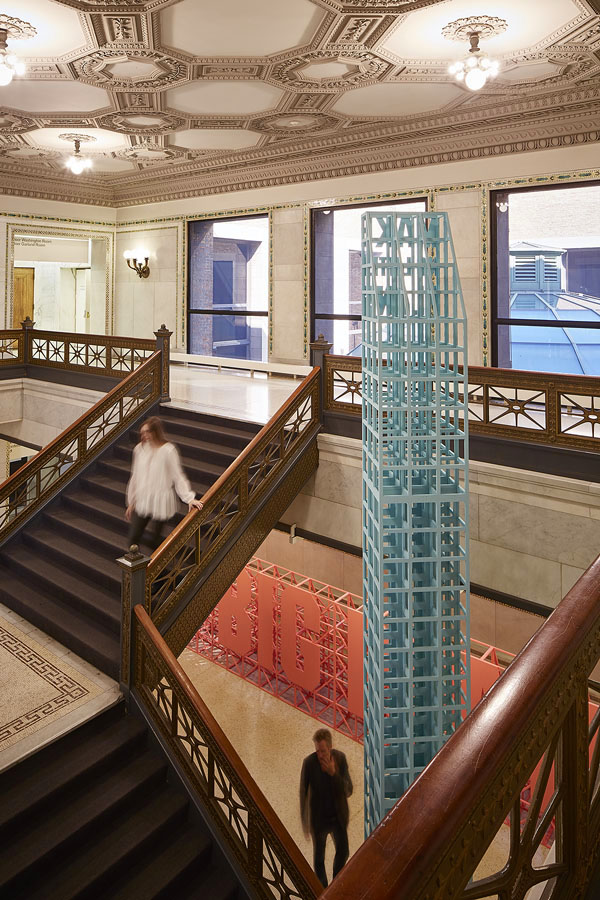 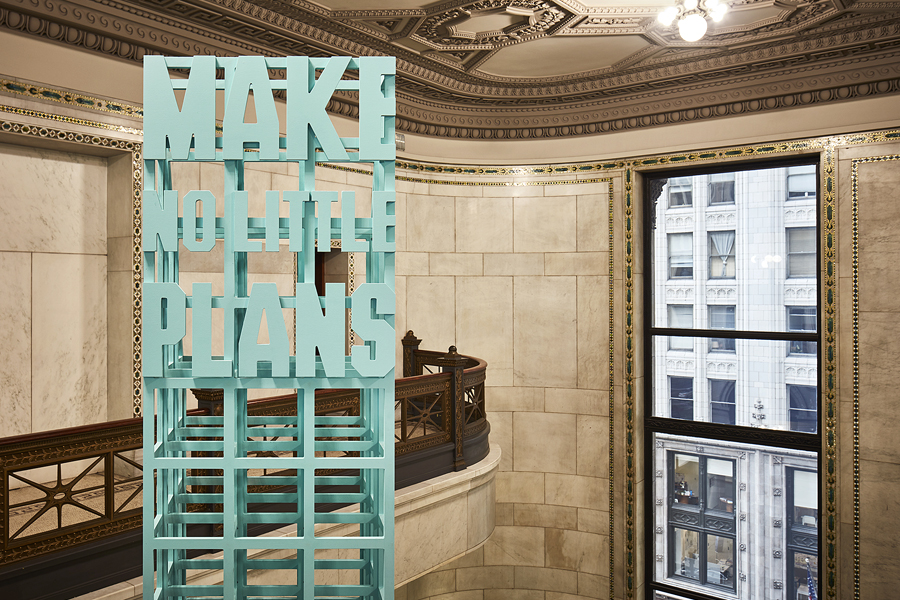 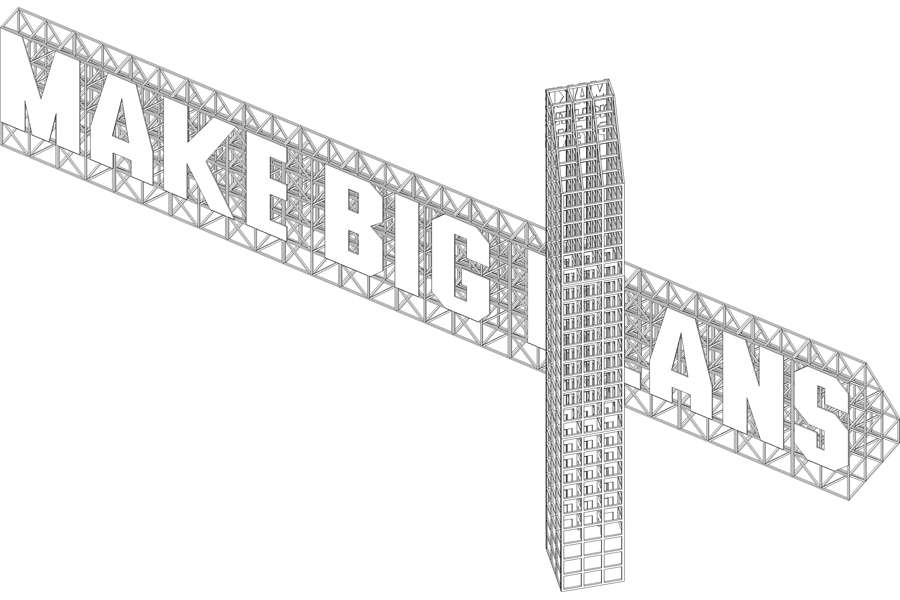 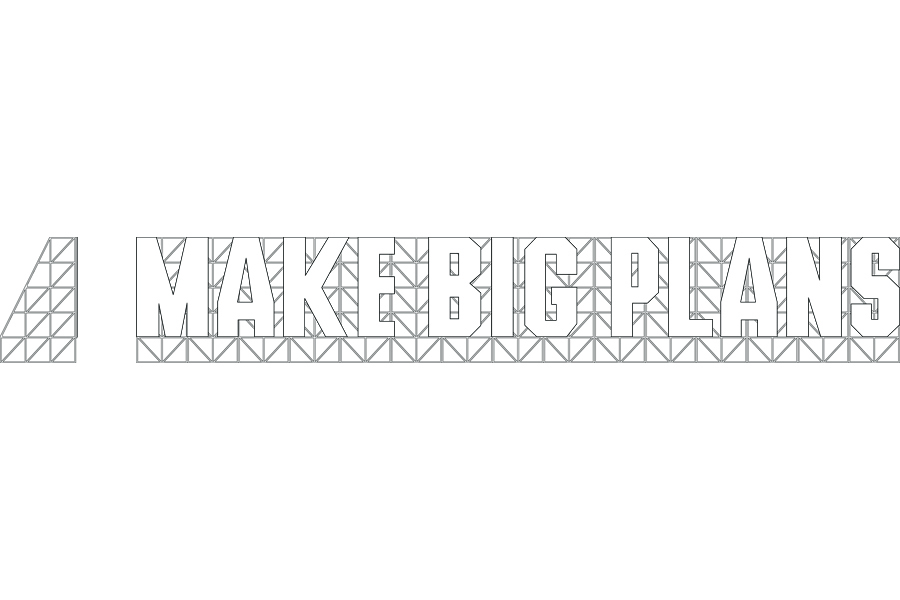 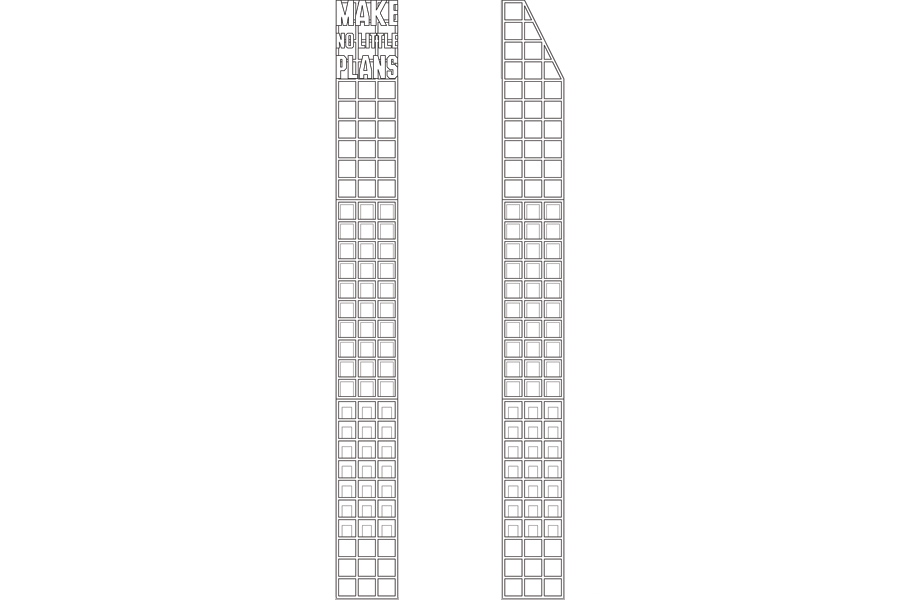 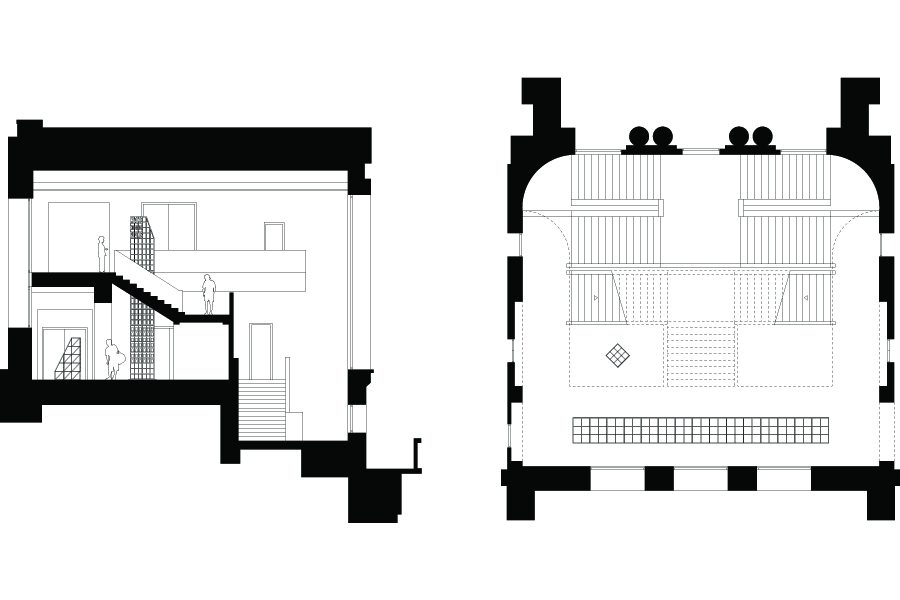