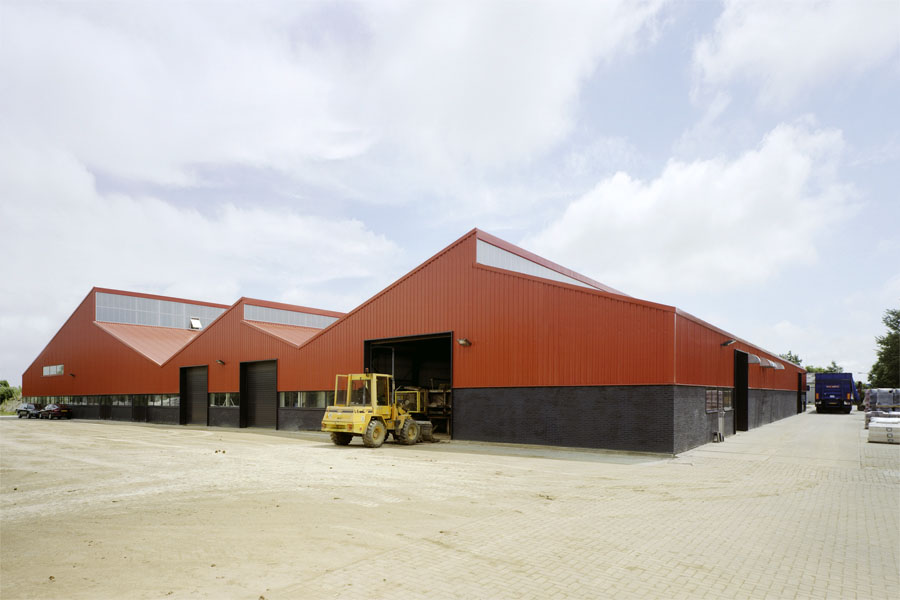 The existing production hall of Koninklijke Tichelaar Makkum was due for extension and renovation. The client wanted to give the new complex an exceptional and representative value. The design attempts to achieve this by, on the one hand, providing a greater consistency between all the different components, and on the other by adding a certain character to the appearance of a standard factory building. To that end, the first step was to create a clear separation between the plinth and the roof. The plinth, realized in a single dark colour, presents itself as a continuous band in which all the doors and windows are accommodated. By continuing the roof gradient of the existing hall, the roof creates a family of halls with different dimensions. Furthermore, the roof receives a dominant colour and characteristic skylights in order to give the building a clear profile that contrasts strongly with the untidy surroundings of the company premises. The halls refer to the archetypal industrial buildings with this type of roof. 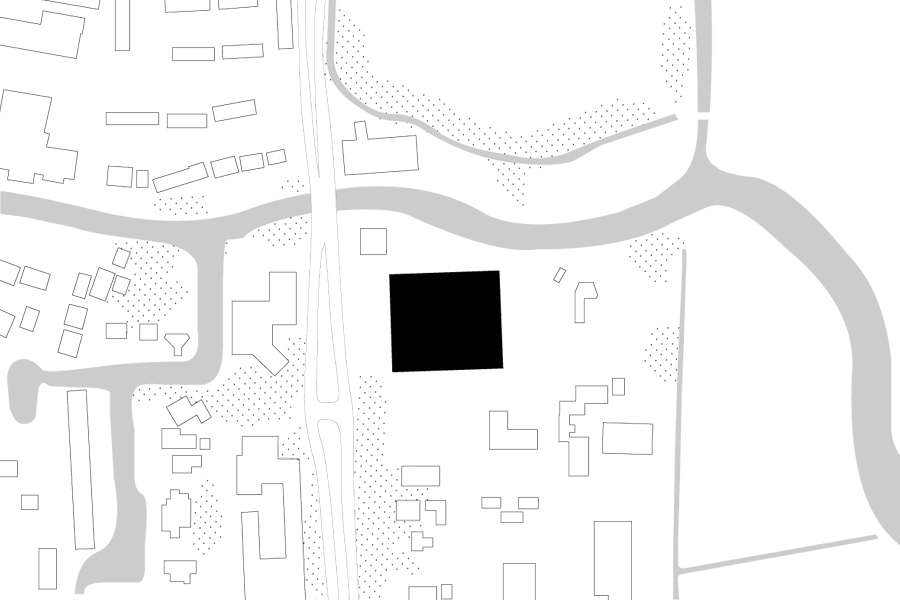 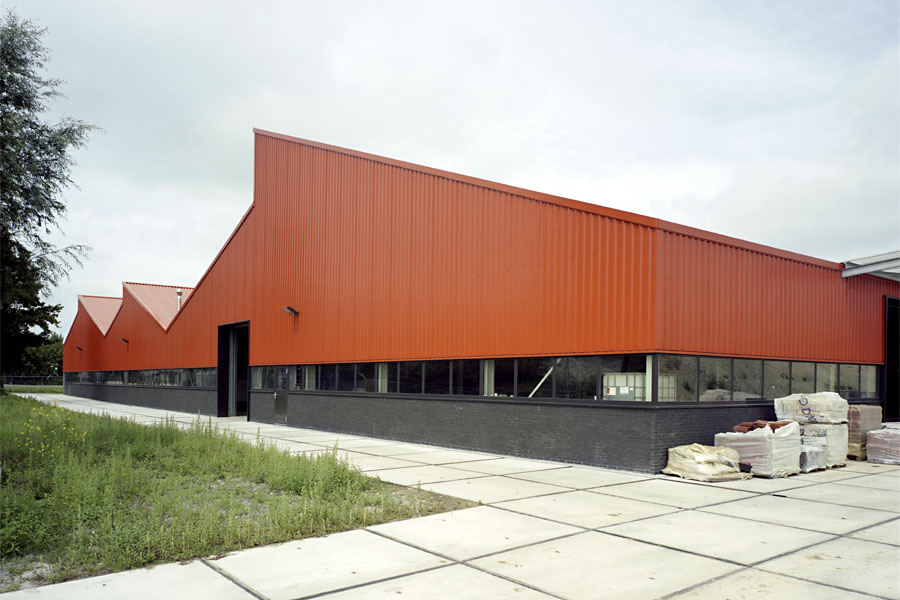 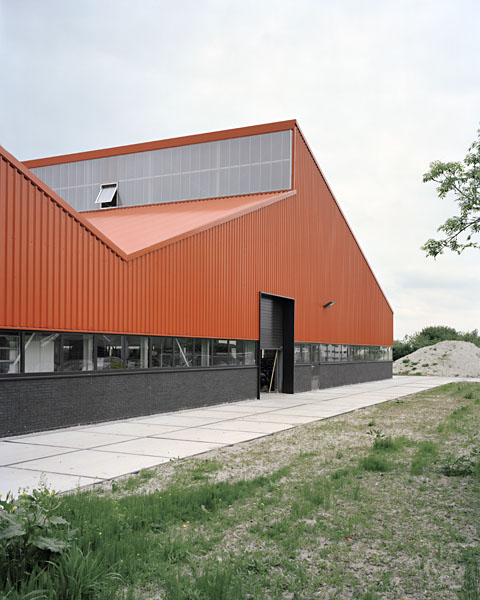 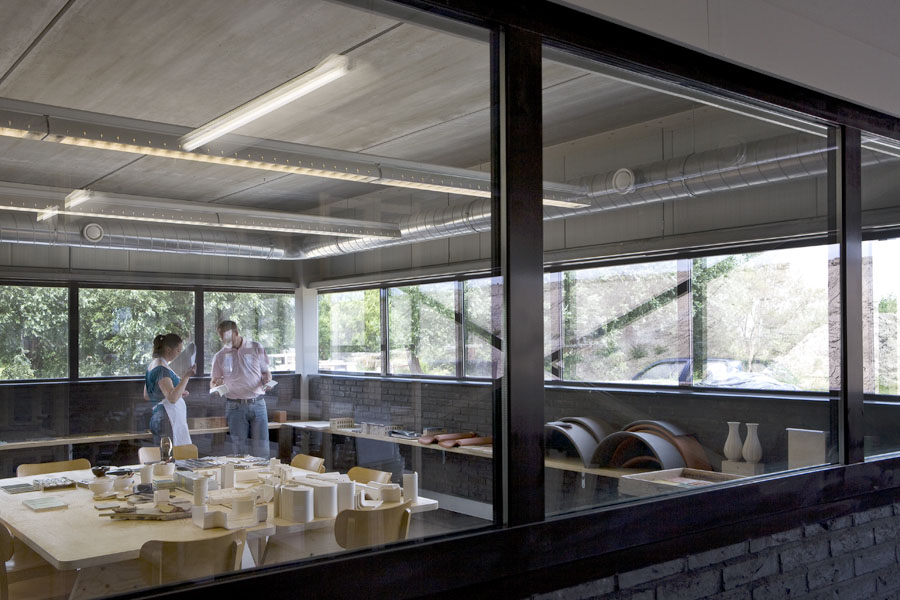 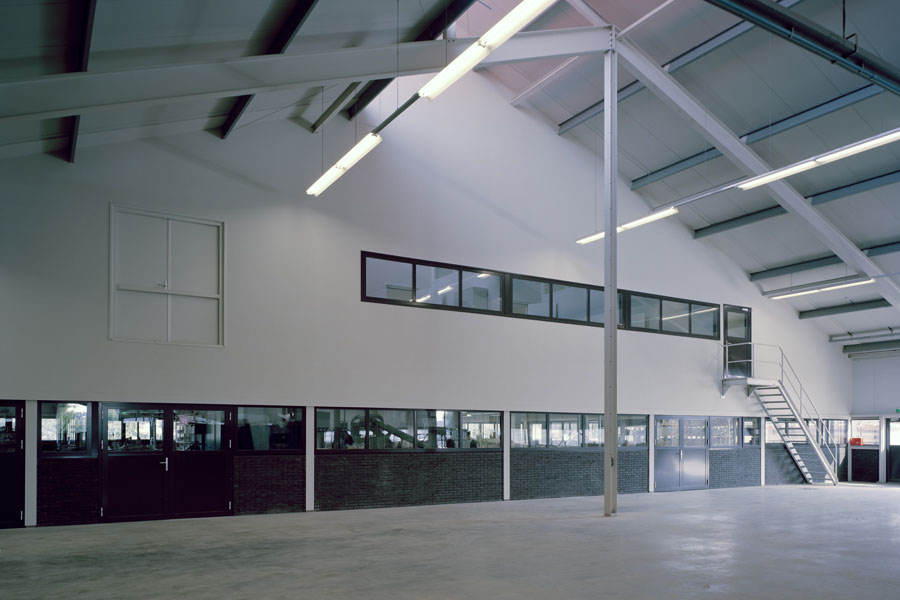 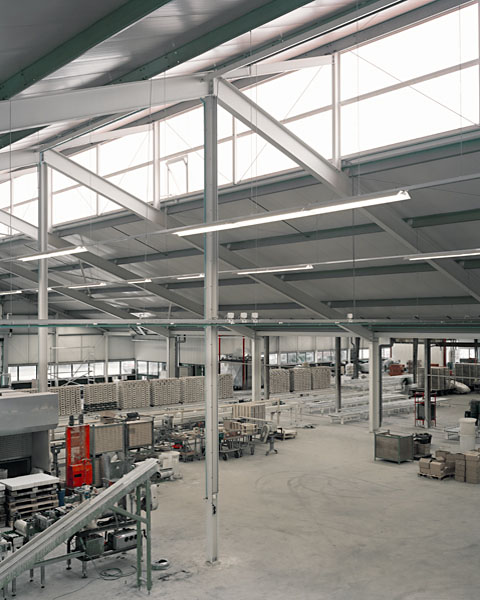 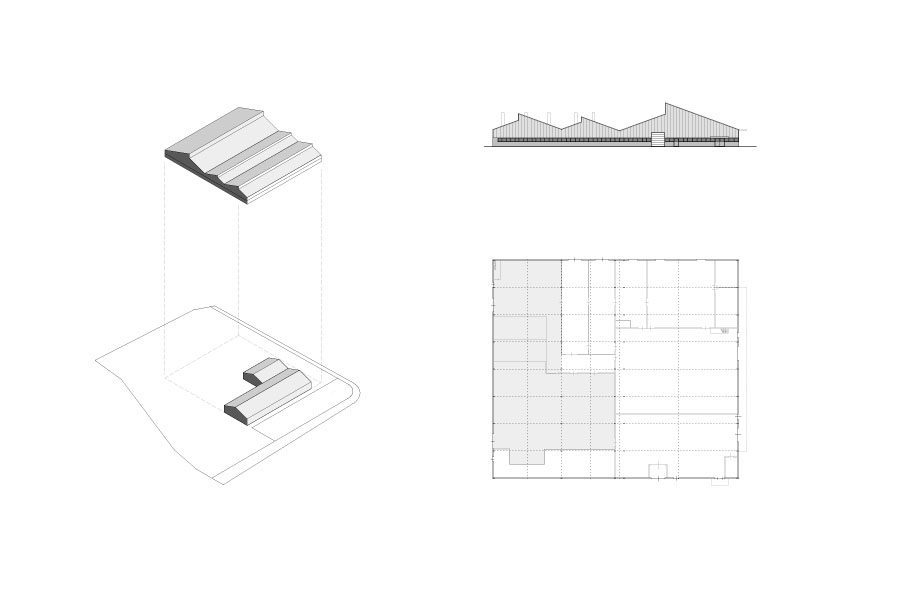